The Disaster Artist Premiere at AFIFEST 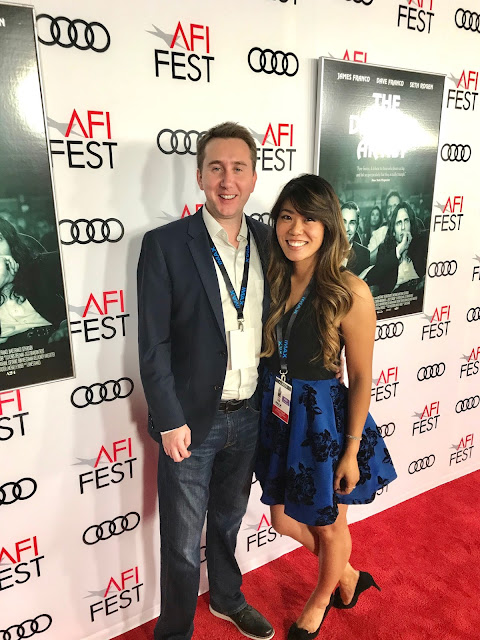 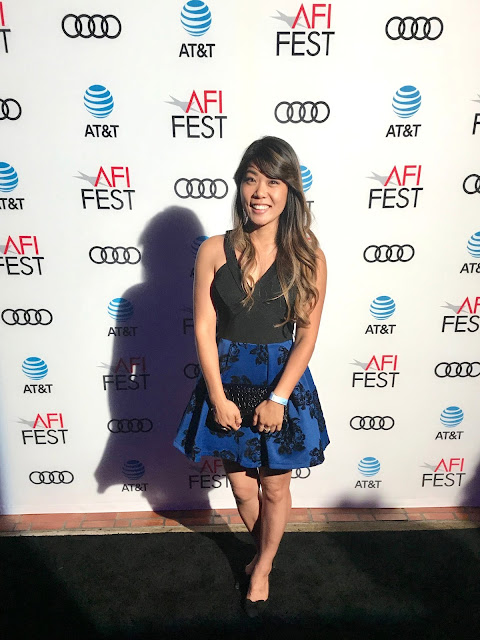 So, it’s Tuesday already. Seriously… how did that happen so fast? Felt like ten minutes ago it was last Sunday and I was attending a movie premiere at AFIFEST in Los Angeles. I really can’t believe how some days rush by in a blur and seem to be over in a minute, while other days seem to last a week. Isn’t that weird? Any how, I just want to go back to Sunday evening when I wore this illusion-accented fit and flare dress by Crystal Doll. This was my first movie premiere and I had no idea what to wear. I came across this dress last minute at the mall and knew the royal blue color and tulle was perfect for the occasion. I love tulle! The more flare, the better – making it the perfect glamorous dress for a movie premiere.

I styled my dress with suede bow pumps by Halogen from last season but I found a dupe by Ted Baker London at Nordstrom and it’s currently on sale for 25% off! Trust me when I say every girl needs a pair of pumps with bows on them! To complete my look I accessorized it with a pair of drop earrings and a snowbell crystal wrap bracelet also from Nordys. I love how the delicate look of the bracelet and sparkling Swarovski crystals made me feel glam like a classic beauty. I wish I had more photos of the accessories but it was hard to see because of the lighting at night and it didn’t help that I wore my hair down. I love all things cute and sparkly so adding these two to my collection was a no brainer. My arrow bracelet is from Tiffany & Co. I’ve had it for a while and can’t seem to take it off, this dainty bracelet goes with every outfit. 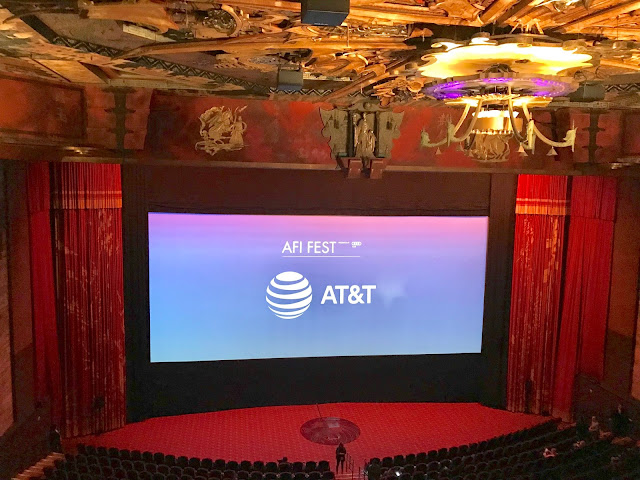 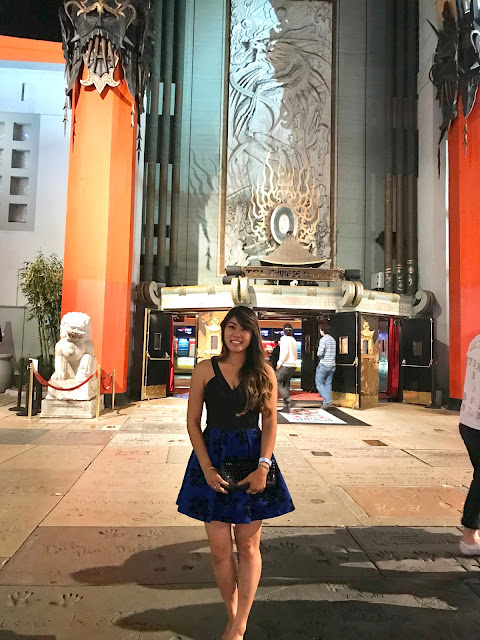 I’ll talk more about the film in a bit, but right now,  I’m still trying to soak in the entire experience. I will definitely say that no visit to Los Angeles is complete without seeing the TCL Chinese Theatre up close. When you stand in front of the forecourt, it’s like… back in time you go. Being able to experience the incredible history of those who planted their hand prints and footprints in the cement was amazing and I very much enjoyed looking at the generations of different celebrities. If you’ve never been, it will not disappoint, there’s so much history behind this theatre and these prints. 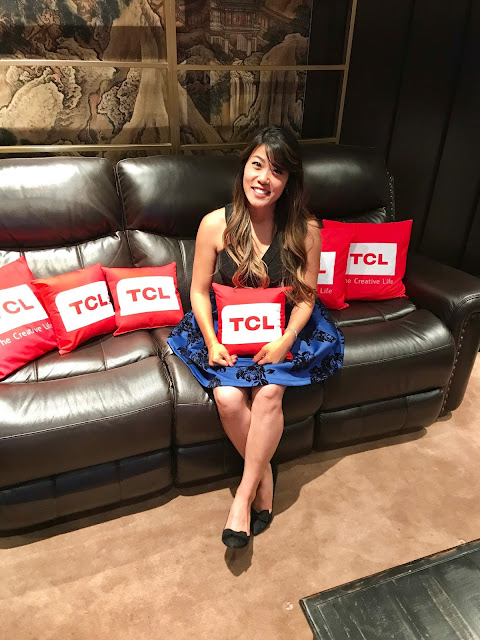 TCL (also known as The Creative Life) is America’s fastest growing TV brand and the third largest TV manufacturer in the world – that’s definitely something worth considering when you’re shopping for a Christmas gift this holiday season. I thought that shopping for a television would be easy peasy, especially now that all TVs are LED LCD sets but buying that perfect TV to watch all of my favorite shows and movies on was still more difficult than I imagined. I’m no expert when it comes to television sets because there are too many choices. I do however, know what type of TV I want… a smart TV because I’m all for anything that will make my life a little easier. I won’t get into all the deets in this post, but I will say that the price point for TCL TVs with built in Roku is a major plus! Roku is intuitive, snappy, fully featured and has all of the apps that I could ever want. 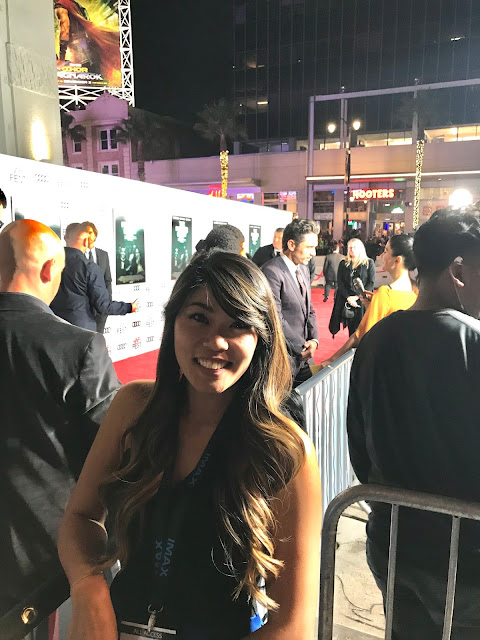 (Yes! That’s James Franco behind me!!)

I love watching movies. My favorite kind of movies are romantic comedies or movies that are based on a true story, because it’s more relatable. This definitely wasn’t a romantic comedy but it is based off of a true story. Although I can’t say that I relate to this film, I did find myself chuckling over certain scenes all throughout and even up until the end of it. I mean, what else would you expect from a film that was produced and directed by James Franco?? You know it’s going to be down right hilarious. Sooo, without me giving any part of the movie away, I will just tell you what it’s about. The Disaster Artist is a comedy-drama film about an early friendship between Greg Sestero and Tommy Wiseau who met in an acting class in San Francisco. They both had big dreams about achieving Hollywood stardom but were cut short so they decided to make their own movie called The Room. The Disaster Artist is about the making of The Room and the troubled journey that Tommy and Greg faced while filming it. Wait… what?? Okay, since I did such a poor job explaining the plot of this film, you’re just going to have to watch the official trailer.

Funny right?! Ohh, and Zac Effron is in it too, but he’s not shirtless (sorry ladies) but you do get a peek-a-boo of James Franco’s booty (so that kinda makes up for it). The Disaster Artist is scheduled to have limited release in certain theaters on December 1st, 2017 before opening world wide on December 8th, 2017. If you’re looking for a good laugh to burn off some of that Thanksgiving feast… I think you’re in for a treat.

I hope each and every one of you have a wonderful rest of the week and be sure to make the most out of it. As I said earlier, time sure does fly and you don’t want to miss out on any of it, especially as we approach the end of the year. Remember, chase your dreams and spread goodness and love while doing it. XoXo